An Act Above | Norvil and Josephine Magic
19839
portfolio_page-template-default,single,single-portfolio_page,postid-19839,ajax_fade,page_not_loaded,,content_with_no_min_height,select-theme-ver-3.2.1,wpb-js-composer js-comp-ver-5.0.1,vc_responsive 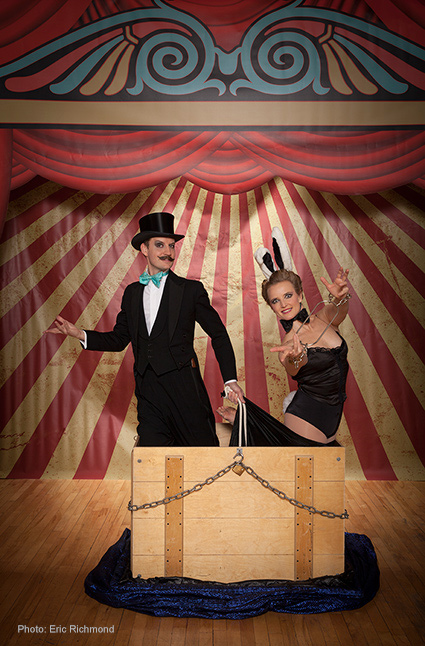 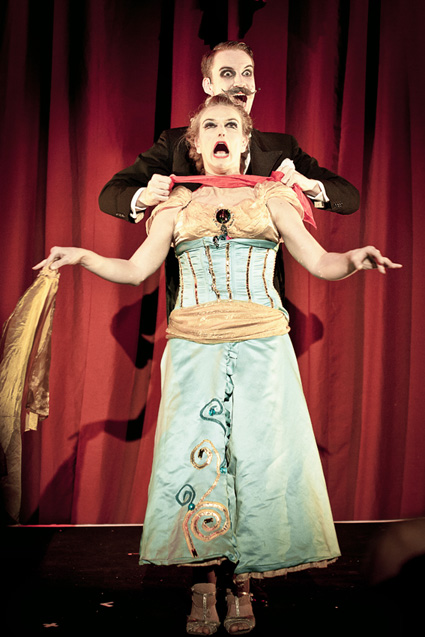 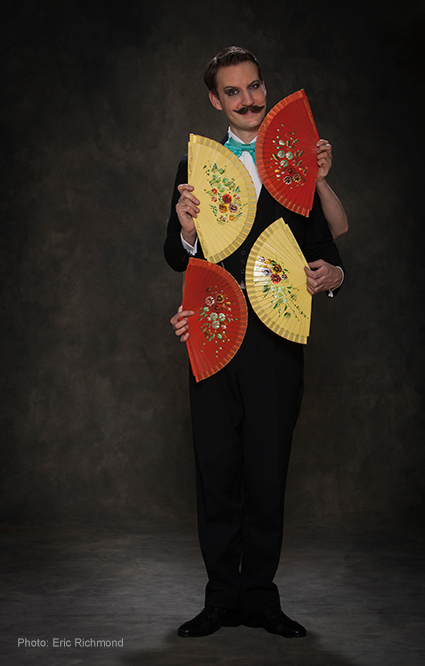 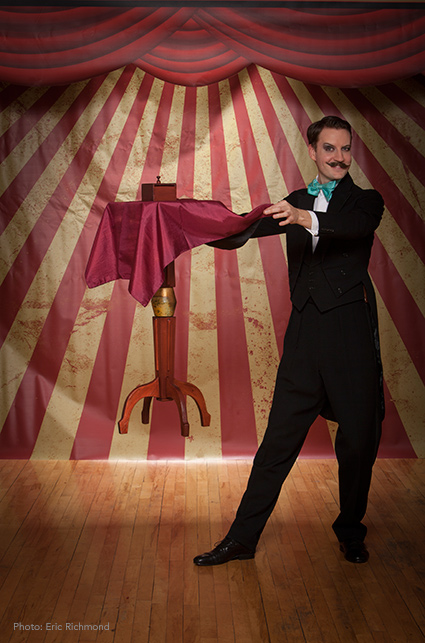 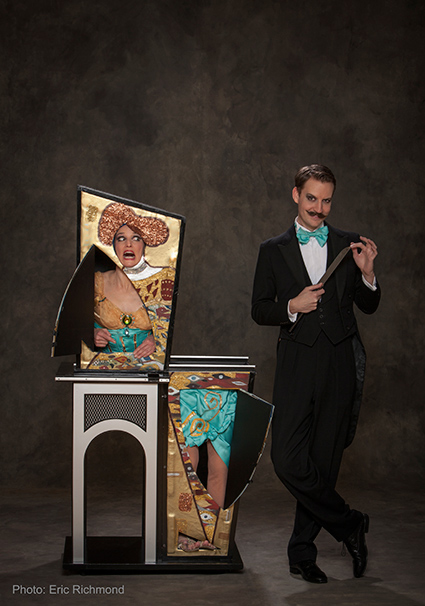 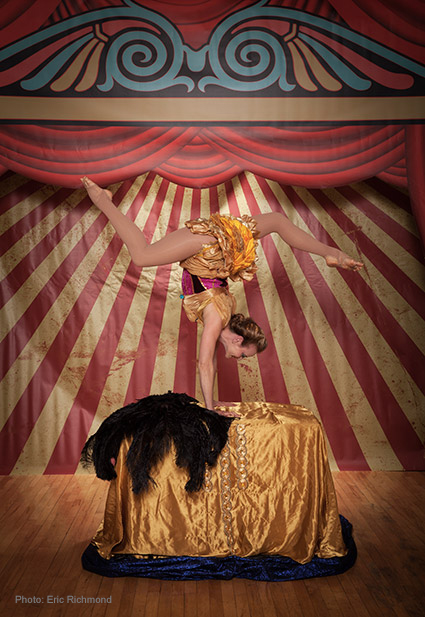 Welcome to the entertaining world of Norvil & Josephine.  This unique act blends comedy magic with acrobatics and singing – all presented with spectacular style!  This mind-boggling award-winning double act has appeared on prestigious stages with their cabaret show on the West End, throughout UK, internationally and on live television.  It’s an energetic show of magical escapism at its best.

The Stage called the show “A beautifully paced and spellbinding act.”

This show can be created to suit your space and time requirements. It can include sawing the assistant in half, a funny contortion dance (or aerial hoop) scene with singing and a flying table, then as a finale they can perform the flashy and jaw-dropping escape from a chained trunk.  There’s also audience participation and lots more surprises. You supply your scene and they’ll make a bespoke show that’ll leave your guests talking about your event for years to come. 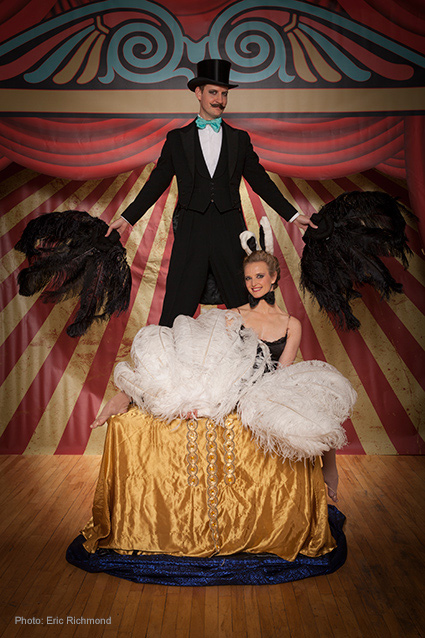 We have a dedicated website to Norvil and Josephine Magic Act with all the information you need: 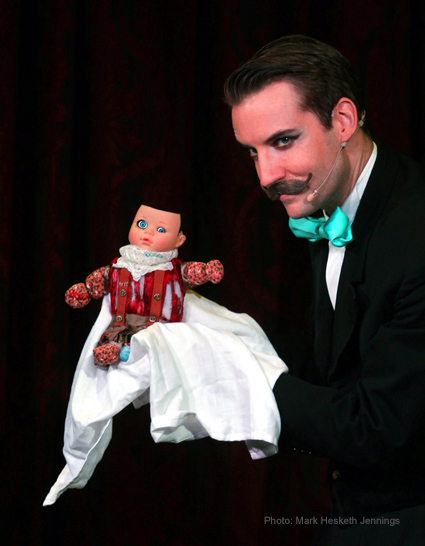 “Norvil and Josephine” won the ‘Alistair Wand’ award at the UK International Brotherhood of Magicians 2009 Competition and the video from the competition was selected by Magic Magazine (one of the two biggest magic magazine in the world) to be written about by David Copperfield’s artistic director of 8 years! After she saw the video, she wrote back:
”Thanks so much for sending the video. I admire your creativity, presentation and performance. It is a much appreciated change.

“Norvil and Josephine” have taken their magical variety act from London to prominent stages on the West End, throughout the UK, internationally and on live television. Past venues include Koko, The Royal Horseguards, Circus Space, Leeds City Varieties Theatre, Hackney Empire, Old Billingsgate Market, Edinburgh Festival Theatre, Scala, The Magic Circle, as well as numerous other private, corporate magician and high profile clientele …

“It’s an act that’s different from other illusionists. We are very happy we found you!”
Business Continuity Institute

"The sawn-in-half sidekick gets her own back!"
Time Out London

5 out of 5. The Amazing Norvil and Josephine were the highlight of our event. A perfect mix of magic, humour, glamour and acrobatic skill make for a great show. Their unique brand instantly set them apart from other acts. I would happily recommend this duo to anyone who is looking for something more than just a magic act.
Michael Kent, Charity Event, London

"I have had so many positive comments from my colleagues. The show was action packed, lively, energetic and fun! Everyone thought the act was fabulous!"
Montanaro

"From first contact I knew that I had stumbled across someone very organised and professional. This completely lived out in the act that followed some six weeks later. It was a magical feast that was played out before my eyes, and both I and my colleagues were 'dazzled'! Even better than I expected. I sat next to a Member of the Magic Circle, who didn't even know how to do some of what you did! Thank you!"
United Biscuits

"The performance was tremendously impressive. We all know at our table that magic doesn't exist but this act has left us seriously in doubt!"
Old Billingsgate Market

"The show was the highlight of our event. A perfect mix of magic, humour, glamour, and acrobatic skill make for a great show. Their unique brand instantly set them apart from the rest. I'd happily recommend this duo to anyone who's looking for more than just a magic act."
St John & Elizabeth Hospital

“May I pass on our thanks for your excellent show at our Ball on the 3rd March - everyone was thoroughly entertained and enjoyed the act.”
Rosemarie Maslin,Vice-Chair, Mercedes-Benz-Club

Christopher Howell and An Act Above

“The show was incredible... I had the best view in the house (on stage) for the trick that made Houdini famous. He would have loved it!”
Bob Loomis, Author of “Houdini’s Final Incredible Secret”

"To be honest Magic acts on stage normally make me vomit a bit, but I actually really like your act.
I think the chemistry you two have is amazing, wanted to keep watching!"
Ashley Prout - Entertainment Agent

"It's not just a fabulous magic act, it's a fabulous show!"
Brian Miller, International Brotherhood of Magicians, Ring 25

For more pictures from Norvil and Josephine's shows and behind the scene information, search for  #NorvilJosephineMagic both on our Facebook page and on our Instagram account.